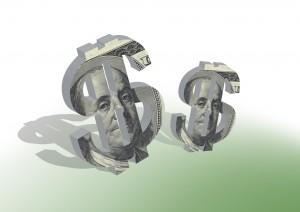 There is no question about the fact that going through a divorce can be draining both emotionally and potentially financially. Many times, individuals feel that they cannot afford an attorney, and so they decide to represent themselves. While this is certainly possible, oftentimes it can be more damaging, and will often end up costing more due to subsequent appeals once an attorney is hired. Additionally, once judgments have been entered into, they can be incredibly difficult to have changed.

In one exemplary case, a husband decided to represent himself and ended up having a default judgment entered against him, due to his failure to respond to the pleadings. The husband was not happy with the decision, and ended up hiring a lawyer to appeal the decision.

In the appellate case, KAZNOSKY v. KAZNOSKY,  NJ App. Div. (2013), the court gave a broad overview of the procedural history of the case.

In May, both parties appeared before the court for a proof hearing. The defendant represented himself at the hearing. At the hearing, plaintiff requested that the court order defendant to pay the remaining balances on their credit card accounts, in exchange for abandoning any claims to the defendant’s landscaping business. The defendant asked the court that plaintiff remain responsible for one of the credit cards, and claimed that he had reached an agreement with plaintiff’s attorney to have the child support payment lowered, which the attorney denied. The defendant further stated that he could not make the requested alimony and child support payments without having to become homeless and file for bankruptcy. There was also a discrepancy between the defendant’s reportedly true income, which was supposedly reflected in his income tax return, and that which was claimed as the basis of the relevant support calculations.

At the conclusion of the hearing, the court entered a final judgment of divorce (FJOD). One week later, defendant filed a motion seeking to vacate the default judgment and file an answer and counterclaim. On appeal, the defendant stated that he was “completely unaware of the process” that resulted in the entry of the judgment.  Following the judgment, he had a discussion with his previously estranged father, who then agreed to hire an attorney on the defendant’s behalf in order to attempt to vacate the FJOD.

The appellate court gave an overview of the relevant standards for a case like this one. In considering motions to vacate judgments, the motion should be viewed such that all reasonable grounds are considered so that a just result is reached. However, a motion to vacate judgment should only be granted in limited cases, giving a broad discretion to the trial court, not disturbing the determination unless it was entered under an abuse of discretion.

The court found that the trial court’s decision was based on inaccurate facts. Specifically, it stated that the defendant had entered into the FJOD voluntarily, which was not supported by the record. The defendant specifically stated, “I cannot afford to pay that without becoming homeless and having to claim bankruptcy,” in regards to the requested alimony and child support.  In response to that statement, the court informed the defendant that by not filing an answer or a motion to vacate the default judgment, that the defendant had given up his right to dispute the FJOD. Therefore, because the trial court made its ruling on the incorrect assumption that the defendant had assented, it was an abuse of discretion, and the decision was reversed, and remanded for proceedings consistent with the judgment.

Although the defendant eventually did get the judgment overturned, the overall cost associated with his decision to not retain an attorney sooner likely cost him significantly more in the long run. For example, you may have noticed that the appellate decision dealt only with whether to overturn the granting of the default judgment. It did not reach the underlying calculations or support awards at all, because that was not within its province to do. Rather, all of those issues will have to be re-hashed and pleaded, argued, etc. and will eventually result in a new judgment. Thus, the defendant will likely have to pay not only for the appeal, but also for all the other legal costs he would likely have paid in the first place.

If you are seeking a qualified New Jersey Family Law attorney, contact Helfand & Associates in order to discuss your case. Our law firm provides legal services in all aspects of divorce law and family law for clients throughout New Jersey, including, but not limited to, Morris County, Essex County, Sussex County, Bergen County, Passaic County and Union County. Contact our office by calling (973) 428-0800, or through this website, in order to arrange a complimentary and confidential initial consultation.