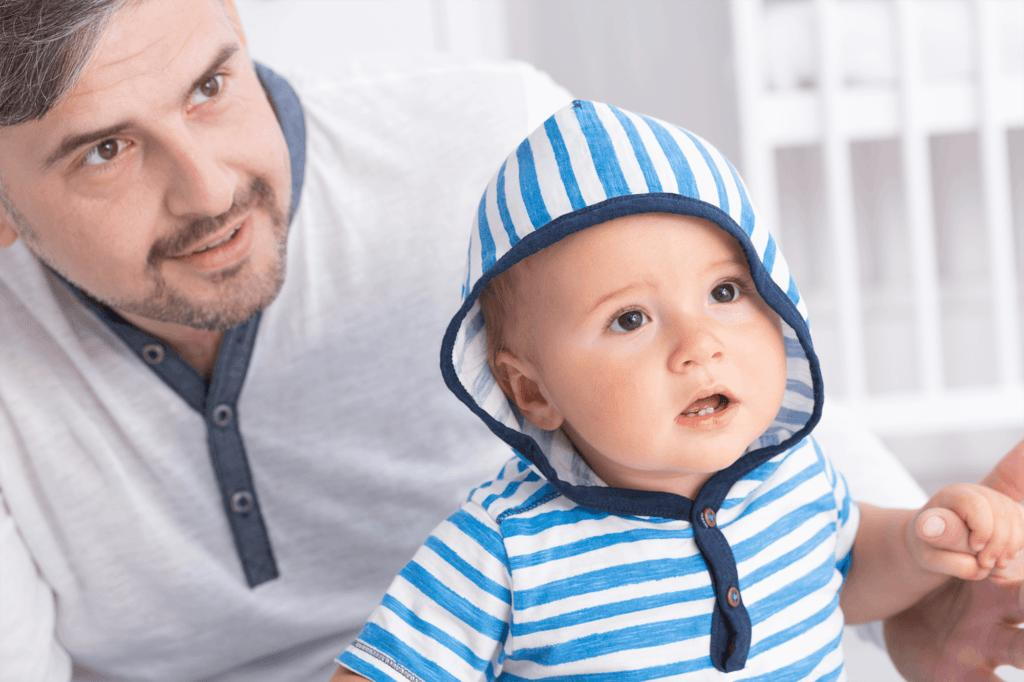 We represent both mother and father zealously in custody/parenting situations.

The law in New Jersey is extremely favorable to dads - not a single aspect of the law is gender biased. The goal in a custody case is to achieve what is in the best interest of the child or children in the particular family.

At Helfand & Associates, we have successfully represented many fathers with regard to their custody issues.

Dads that genuinely care about the best interest and well-being of their children should and will be part of their children's lives through and after the divorce with the correct legal representation.
Kids need good and great dads in their lives to give them love, teach or coach sports, teach or set an example of financial responsibility, to be there when a child needs help or guidance.
Many fathers we represent are initially very afraid of getting a divorce or are afraid of asserting their rights to custody/parenting. Many dads believe it is better to stay in a bad relationship rather than break up, "rock the boat," and assert custody rights and possibly LOSE the kids if the marriage/relationship is utterly dysfunctional. This fear exists even if mom abuses substances or is having an open affair. Dads often BELIEVE that moms have the upper hand in a parenting/custody issue. THIS IS SIMPLY NOT THE LAW, or what really happens. It is the facts of the case, the behavior of the parties, and the effect on the children that are relevant and prevails.

The court has a preference in favor of joint physical and legal custody pursuant to Beck v. Beck, 86 N.J. 480 (1981). Although the Beck court declined to establish a presumption in favor of such an award, it has since been determined by the legislature and the courts that an award of "joint custody is in the best interest of the child." Citing 2018 Edition, New Jersey Family Law Child Custody, Protection & Support by Fall & Romanowski. The basic custody law analyzing the best interests of the child is as follows:

CUSTODY - N.J.S.A. 9:2-4c
In Making an Award of Custody, the Court Shall Consider But Not Be Limited To the Following Factors:
1. The Parents' Ability to Agree, Communicate and Cooperate in Matters Relating to the Child.
2. The Parents' Willingness to Accept Custody and Any History of Unwillingness to Allow Parenting Time Not Based on Substantiated Abuse.
3. The Interaction and Relationship of the Child With Its Parents and Siblings.
4. The History of Domestic Violence, if any.
5. The Safety of the Child and the Safety of Either Parent From Physical Abuse by the Other Parent.
6. The Preference of the Child When of Sufficient Age and Capacity to Reason so as to Form an Intelligent Decision.
7. The Needs of the Child.
8. The Stability of the Home Environment Offered.
9. The Quality and Continuity of the Child's Education.
10. The Fitness of the Parents.
11. The Geographical Proximity of the Parents' Homes.
12. The Extent and Quality of the Time Spent with the Child Prior to or Subsequent to the Separation.
13. The Parents' Employment Responsibilities.
14. The Age and Number of the Children.

NOTE: N.J.S.A. 9:2-4f provides: "The court shall specifically place on the record the factors which justify any custody arrangement not agreed to by both parties."

As you can see, nothing indicates that moms win and dads lose.

A substantial portion of cases today resolve easily with 50/50 parenting. It is the father's rights to have the exact same quality time with the children as mom. Both parents should speak to the children daily and typically attend all sporting events or extracurricular activities. We at Helfand & Associates have handled many cases as well where dads became the primary custodial parent. This typically occurs if mom has a substance abuse or mental health issue clearly affecting the children. We have helped even the full-time working dad work through child care and scheduling issues to properly protect children if there is a serious issue of harm. Obviously, concerns of fitness, mental health issues, and schedules apply to both parties in the case.
Neither party should ever use the children as pawns to gain the upper hand for financial purposes or to gang up on the other party. These bad-faith actions and motives are generally transparent and ultimately are not in the best interest of the children.

A divorce does not equate to "a bad event." It often is the beginning of a new healthier more peaceful life. Good marriages and relationships are optimum. Dysfunction or abuse are not. If you are unfortunately in an unmanageable relationship and have children, please consider: Where do you want to be 2 to 3 years from now? How do you want your children to grow up? What do you want them to see in their home while they are growing up? Do you want to set an example of fear, inertia, or dysfunction, or do you want to try and work for a better, healthier life?
Kids love and want both their moms and their dads. Unless there is evidence that shows otherwise, in court the father's rights are same as the mothers, as the court system recognizes the value and importance of both parents.

Tanya Helfand is a Certified Matrimonial lawyer practicing for 25 years. We provide a half hour free consultation. Understanding your rights and responsibilities through a divorce or custody matter is extremely important.

Please call the office to come in for an appointment to discuss your matter.